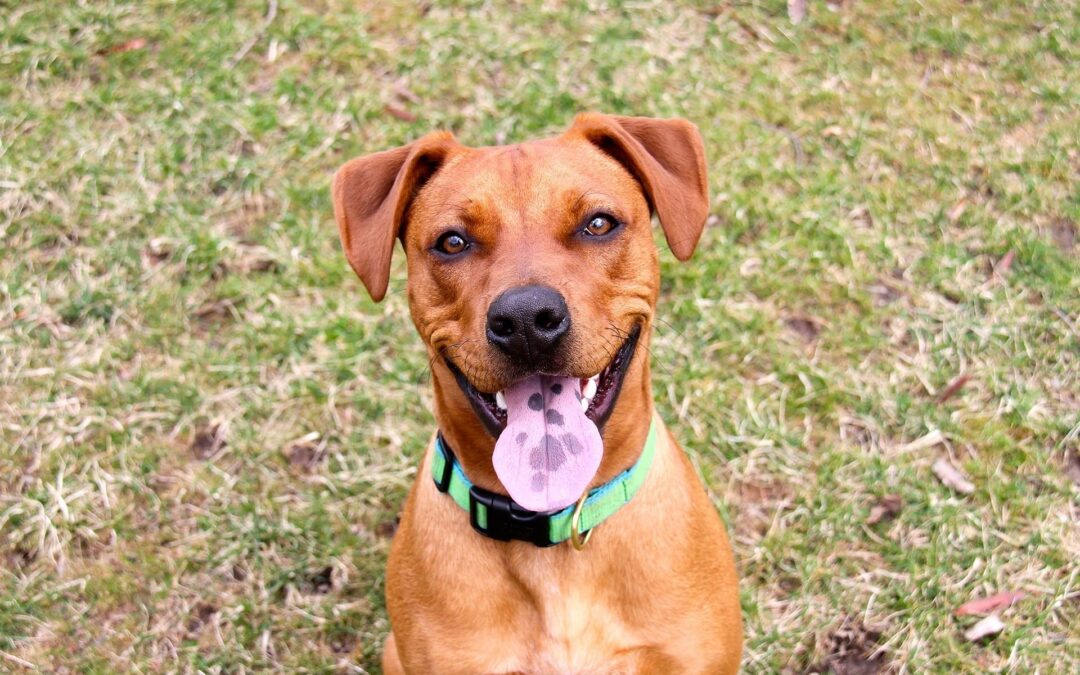 by Jessica Hekman, DVM, PhD (Note: the author of this summary is second author on the paper)

As is typical of papers published in the prestigious journal Science, this paper contains several related studies that inform each other.

The researchers collected and analyzed:

Multiple previously developed, validated surveys were used on a public website (Darwin’s Ark) to collect behavioral information from the owners of pet dogs. The website was advertised on social media.

Use of owner behavior surveys is a widely-accepted approach to collecting data on animals who have owners or caretakers (Gosling, 2001). Owner lack of understanding of dog body language may influence the data. However, owners have a long-term understanding of their dogs’ behavior that is superior to the alternative means of assessing dog personality, i.e., the behavioral assessment. Behavioral assessments, even when done by professionals with deep dog behavior experience, are snapshots of a dog’s behavior on a single day and are commonly found to be invalid when tested (Patronek, 2019).

Previous canine behavioral genetics studies used “breed average” behavior data (average behavioral results for all dogs of a particular breed) and/or genotype data, so this study sets a new standard by connecting the behavioral data of an individual dogs to that dog’s genomic data, rather than using data from a pool of other dogs of the same breed.

Any pet dog was eligible to be enrolled, no matter the breed or mix.

The 117 survey questions were grouped into 8 “factors.” A factor is a group of related questions. While grouping happened computationally, without human input, the researchers then read each group of questions and gave them names to represent what they seemed to be about (e.g., “human sociability,” “biddability”). Some of these names, particularly “biddability,” overlap with words that are used in other contexts to have very specific meanings. In the context of this paper, these terms mean “the group of questions in this particular factor.” (All the factor names are in Fig 2, which is reproduced later on in this post.)

Both individual questions and factors were compared across breeds to seek differences. For example, do golden retrievers score significantly higher on “human sociability” than other breeds? (Note that this analysis did not ask “Do most golden retrievers score high on ‘human sociability?’ – it asked about differences between individual breeds and all other dogs. So, for example, for goldens to stand out in terms of “human sociability,” the overall score of “human sociability” in most other breeds would have to be relatively low.) The strongest signals of breed were seen in “biddability” and dogs of herding type. Across all the questions/factors, breed sometimes explained as little as 0% of the variation in behavior, and sometimes as much as 25%. On average, it explained 9%. (To put this number in perspective, behavior and personality are extremely complex and affected by many variables; people who work in personality research tend not to find these numbers surprisingly low.)

Note that the small signal from breed in several factors may be explained at least in part by the great within-breed variety in behavior that we may expect. This study did not look at dogs from specific lines. For example, a “Labrador Retriever” in this study may be from field, show, pet, or assistance dog lines, and we would expect different behavior from all of those types of labs. In other words, saying that we see a smaller effect of breed than we may have expected does not negate the value of careful selection for behavior. 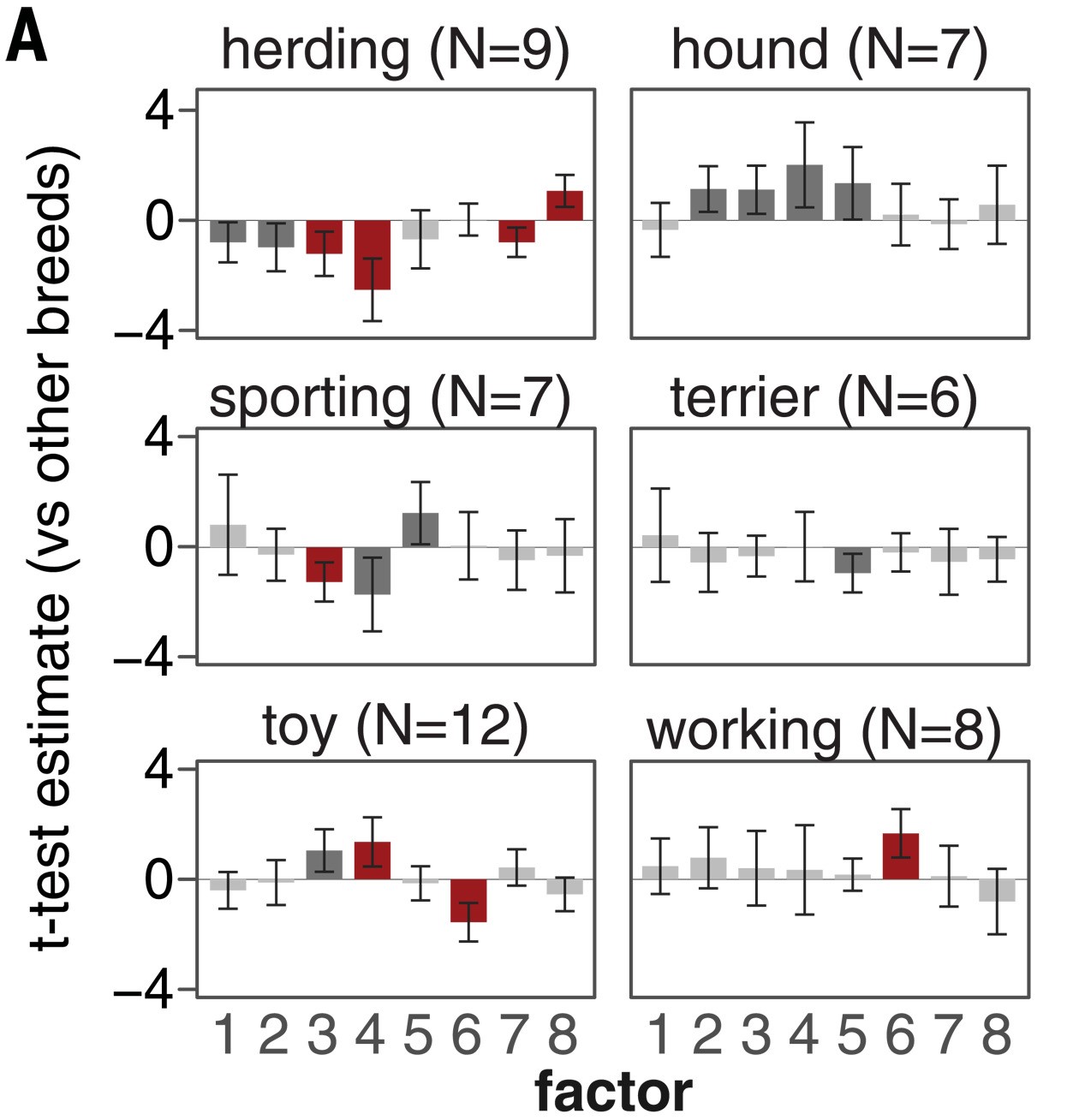 While many previous canine genomics studies have used genotyping (SNP chips or arrays) to look at the canine genome, this study used an approach called low-pass sequencing plus imputation. This approach delivers much more dense genomic data than use of array data.

The genomic and behavior data were analyzed together to find associations between genotype and phenotype, in what is known as a genome-wide association study (GWAS). One result from the GWAS was to inform how much genetics played an influence in behavior. It’s important to note that this analysis of the influence of genetics on behavior is separate from the influence of breed on behavior. Genetics can have a strong influence separate from breed, of course – think of someone who breeds purebred dogs and selects them to have particular traits.

The strongest influence of genetics (“the most heritable trait”) was in “human sociability.” This analysis included not only purebreds but mutts – the 2000+ dogs who were sequenced for the study. Combining the information from the survey-only study described above (Fig 2B, cols 2-3) and the GWAS (col1) is a data visualization below. Part A of this complex figure is the list of factors, including the human-selected factor name, a human-generated description of what the factor questions seem to describe, and the number of included questions. For each of these factors, there is a corresponding row in part B showing how much effect breed and genetics had on an individual’s score on that factor. The size and color of the circle shows the size and significance of the effect: a larger and darker circle is a larger and more significant effect. The first column shows the effects of genetics; the second the effects of breed; the third how differentiated between breeds this factor is. 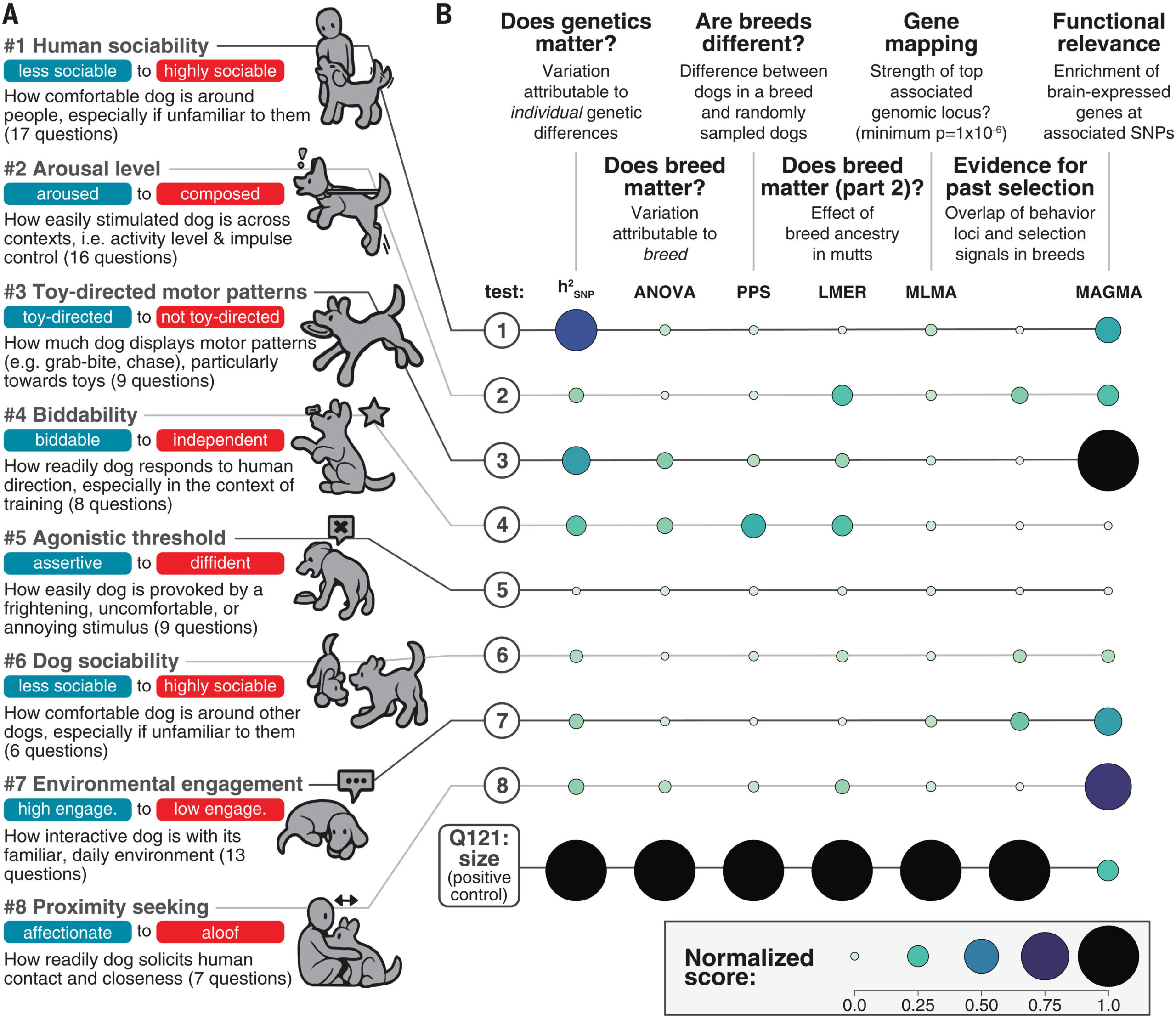 In addition to assessing the effects of genetics on behavior, the GWAS also sought (and found) regions of the DNA associated with particular traits, most notably “human sociability” and the likelihood of howling. These findings will be valuable in future research, helping researchers better understand the effects of different genes on behavior and how the brain functions.

Muttmix.org is a website collecting data in 2017 (its archived form is still available as of this writing). This site, a collaboration between the researchers (at the Broad Institute of MIT and Harvard, and at the University of Massachusetts Medical School) and the International Association for Animal Behavior Consultants (IAABC), presented data on 32 mixed breed dogs. For each dog, participants could view images, video, and a short description. They were then asked to identify the top three breeds likely to be in that dog.

An analysis of the choices people make in identifying breeds in mixed-breed dogs suggested that 1) visual identification of breed in mixes is very challenging to do accurately, if possible at all and 2) people use a specific preferred set of physical characteristics to guess breeds (which may lead them wrong). Fig 5 has images showing how physically diverse dogs can be with similar percentages of American Pit Bull Terrier (all six dogs around 25%, the “detected” row), and how much guesses about them vary based on appearance rather than actual APBT percentage (the “guessed” row, which shows the percent of people who guessed APBT as one of the top three breeds for this dog):

The same figure also shows which traits people tend to use to identify specific breeds:

The study itself is available open access at Science, and its dataset is also available. The data visualization in the study itself (its figures) can be useful in providing insights into the study results. For a more interactive experience, the Muttomics dashboard gives users the ability to ask, for a given factor, what percent of dogs in a particular breed (or mutts) show that trait.

The survey and genetic data from this study is archived in Data Dryad.

For another 100+ pages of methods and results, see the study’s supplemental information. (Any table or figure with a number starting with “S”, such as “S20,” will be found here.)

Data spreadsheets for an overview of useful tidbits like the questions in each factor are also available for download.

What this paper does not say

This paper received a great deal of popular press coverage, which tended to focus on the message that breed had less predictive power than might be expected – in fact, many stories emphasized that breed was meaningless (or similar words). This interpretation of the study may have been strengthened by the introduction on the study’s page, written by editors of Science and not by the study authors, which concluded, “dog breed is generally a poor predictor of individual behavior and should not be used to inform decisions relating to selection of a pet dog.” Notably, this study did not assess how best to select pet dogs, or whether breed is useful in those decisions.

Some conclusions that this particular author reaches from this study are:

Patronek, Gary J., Janis Bradley, and Elizabeth Arps. “What is the evidence for reliability and validity of behavior evaluations for shelter dogs? A prequel to “No better than flipping a coin”.” Journal of Veterinary Behavior 31 (2019): 43-58.