Facial Conformation and Risk of BOAS 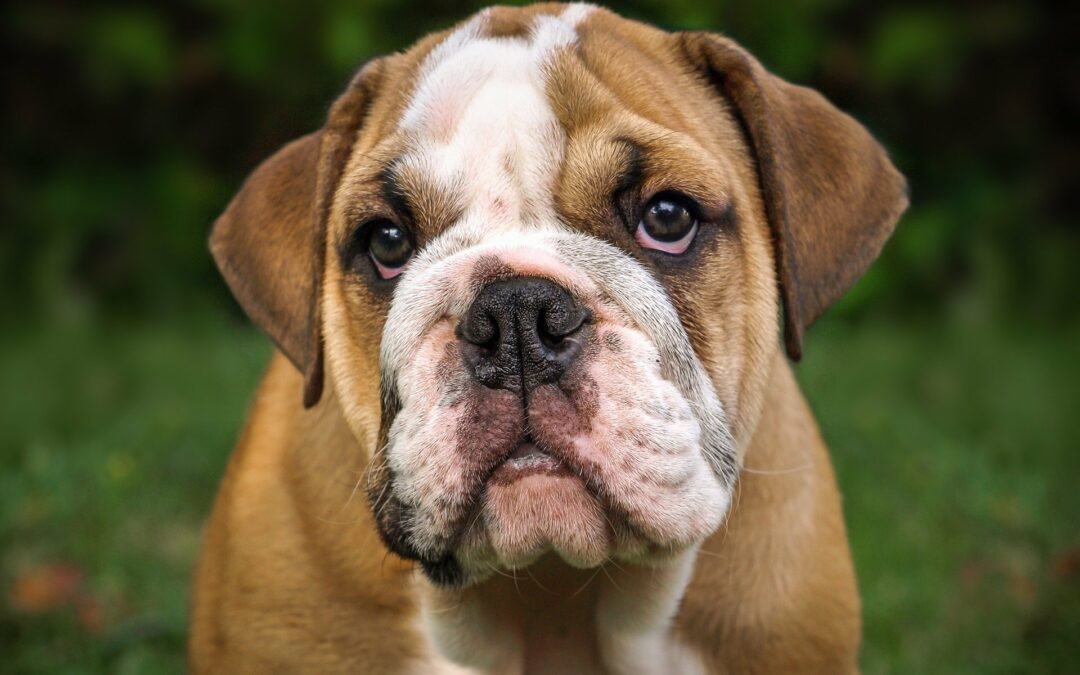 Artificial selection for desired breed traits can, unintentionally, lead to breed-related disorders. Brachycephaly (“short head”), which is caused by a foreshortening of the facial skeleton, has been linked to several inherited disorders. An especially debilitating one is brachycephalic obstructive airway syndrome (BOAS), a respiratory syndrome in which soft tissue blocks the airways during respiration. Breeding for shorter heads has caused a reduction in the facial skeleton, but the soft tissue structures have not been proportionally reduced. As a result, respiratory effort to overcome airway resistance is markedly increased in affected dogs which can lead to a multitude of clinical signs, such as chronic shortness of breath, exercise intolerance and propensity to overheating, disturbed sleep (including episodes of apnea), and gastrointestinal tract lesions due to the chronic negative pressure in the chest.

This aim of this study was to quantify the relationship between brachycephalic craniofacial conformation and BOAS risk to provide recommendations regarding the degree of brachycephaly acceptable in breeding dogs. The authors first conducted an exploratory study to identify the relationship between BOAS risk and relative muzzle length across the general dog population. To test the robustness of their results, they followed this with a confirmatory study focusing on brachycephalic dogs.

To estimate the relationship between relative muzzle length and BOAS risk, conformation as well as clinical status of dogs of any breed or crossbreed that entered the veterinary referral hospital for any condition were examined in the first, exploratory, part of the study (700 dogs from 97 breeds). In the second, confirmatory part of the study brachycephalic dogs from outside the referral hospital environment were examined in the same way to investigate the robustness of the relationship identified in the first study (154 dogs from 19 breeds). The degree of brachycephaly was measured by the craniofacial ratio (CFR = muzzle length/cranial length). Additional morphometric measures taken included neck girth and body condition score. Demographic factors such as sex, age and neuter status were also included in the analyses.

In the first study, BOAS cases were identified non-invasively using two measures for which threshold values were established based on formally diagnosed dogs: the ‘owner reported breathing’ score based on owner questionnaires, and the ‘nares ratio’, a measure of nostril stenosis which is a known predictor for BOAS risk. In the second study, the authors used a standardized clinical examination protocol to identify BOAS affected dogs. They evaluated clinical and behavioral signs such as respiratory noise, dyspnea, open mouth breathing, temperature etc. before and after a short exercise test (5-minute walk). Based on this assessment a veterinary classed the dog as BOAS affected or not.

Study One – BOAS risk increased significantly with decreasing relative muzzle length: no dog with a muzzle length at least half of the cranial length (CFR > 0.5) was affected, but over 80% of dogs with a muzzle less than one-tenth of the cranial length (CFR < 0.1) were categorized as affected. For example, the BOAS risk for pugs predicted by the statistical model varied between 95% for the minimum observed CFR of 0.03 and 48% for the most moderate observed CFR of 0.21. Apart from CFR, a larger absolute neck girth also increased BOAS risk significantly. pugs, French bulldogs and bulldogs were the highest risk breeds.

Study Two – The findings of study 1 were confirmed – a shorter CFR and thicker neck girths were significantly linked to BOAS risk. Additionally, a higher body condition score and being neutered increased BOAS risk in brachycephalic dogs. CFR had a much stronger effect on BOAS risk than the other 3 factors. pugs, French bulldogs and bulldogs were confirmed to be the breeds with the highest BOAS risk.

This two-part study clearly shows that the more extreme brachycephaly gets, i.e., the shorter the relative muzzle length, the higher the risk of BOAS. The fact that the quantitative results were very similar in both study populations provides supportive evidence that the relationship identified has a strong biological basis. Both study parts identified pugs, French bulldogs, and bulldogs as the breeds with the highest BOAS risk. Though there were some exceptional extremely brachycephalic dogs that were classed as unaffected, the findings indicate that breeding for more moderate morphologies will benefit dogs of brachycephalic breeds. In breeds with little phenotypic variation in muzzle length, outcrossing might be necessary to achieve this moderation. The relationship between the relative muzzle length and BOAS risk varied among breeds, which points to breed-specific differences in internal morphology of the airways which should be studied further.

The study identified three additional factors that were associated with an increased BOAS risk, but to a lesser extent than relative muzzle length. Two of these, neck girth and obesity (i.e., a high body condition score) are also a known risk factor for obstructive sleep apnea, a related respiratory disorder in humans. In several of the high risk breeds a thick neck is written into the standard which might have encouraged breeding for exaggeration in this trait. Establishing breed-specific maximum values could help to lower BOAS risk in these breeds. Adipose tissue disposition might include tissues surrounding the airways and narrow them further. Obesity could be a causal or an exacerbating factor, and the limited ability to exercise in BOAS affected dogs might even contribute to obesity. Hence, keeping dogs at a healthy weight is especially important for brachycephalic dogs. As the body condition score, neutering was only a significant risk factor for BOAS in the second study population which contained mainly dogs from breeders including many show dogs (79%). Hence, it might not be a causal biological effect, rather, breeders might tend to neuter affected dogs. However, neutering is also a known risk factor for obesity, so it could indirectly increase BOAS risk.

Theoretically, based on the quantitative results of this study, it would be possible to eliminate BOAS by setting a lower limit for relative muzzle length at half the cranial length (i.e., a CFR of at least 0.5). However, brachycephalic dogs currently enjoy an immense popularity, and the banning of breeds is highly controversial. The authors discuss several non-exclusive approaches to reduce BOAS risk: (1) selecting more moderate dogs for breeding, (2) health testing morphologically extreme dogs and only use unaffected ones for breeding, (3) developing genetic tests that identify high and low risk dogs, and (4) outcrossing for breeds that lack enough individuals of a more moderate phenotype.

This study demonstrates for the first time quantitatively that a decrease in relative muzzle length (the craniofacial ratio) increases BOAS risk steeply across brachycephalic dogs. It also provides evidence for neck girth and obesity as additional, but less strong risk factors for BOAS.