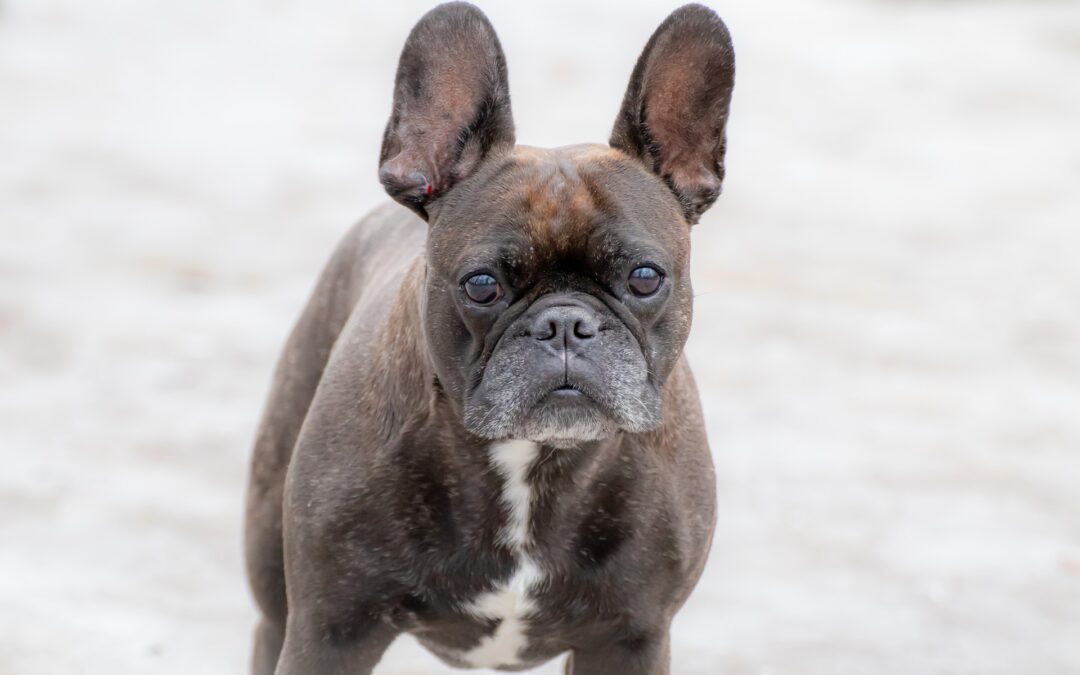 The papers by Packer et al. (2015, just Packer from here on) and Liu et al (2017, just Liu from here on) on risk factors for BOAS are often pitted against each other when critics and supporters of extreme brachycephaly in dogs engage in discussion. Packer reported that relative muzzle length, measured as the craniofacial ratio (CFR = muzzle length/cranial length) is a strong predictor of BOAS risk across brachycephalic breeds. In contrast Liu found CFR not being an important predictor of BOAS risk in three extremely brachycephalic breeds. Often it is claimed that Liu therefore invalidated or debunked Packer and hence, the importance of muzzle length for BOAS risk.

To understand that the results of the two studies are not necessarily contradictory, it is important to consider the different scales at which they looked at BOAS risk. While the Packer study looked at factors affecting BOAS risk across the whole range of brachycephalic dogs (so from extreme ones like pugs to moderate ones like Staffordshire bullterriers with a CFR of about 0.5), the Liu study looked at conformational risk factors within breeds, for which the range of existent CFR is much smaller. As a result, they cannot predict the BOAS risk for a pug with a CFR outside of the range of their study dogs, which ended at a CFR of 0.16.

This means that the Liu study cannot tell you if an outcrossed (retro) pug with a CFR of 0.3 has a lower BOAS risk than a standard pug, because that CFR falls outside the range it looked at in that breed. It just tells you that CFR isn’t predictive for BOAS risk within the narrow range in CFR found in the current population of standard pugs. In other words, this study tells you that it doesn’t matter if a pug has a 6 mm or a 8 mm nose; however, it can’t tell you if a 3 cm nose would be better.

This is where the Packer study provides additional evidence to tell more of the story. While the Packer study can’t describe the within breed patterns as accurately as the Liu study, it strongly suggests that lengthening the muzzle of extremely brachycephalic dogs significantly (i.e. to outside the range we see in today’s populations of these breeds) will decrease BOAS risk substantially.

I would like to visualize the scale issue with another example. I think all parties concur that nostril width is an important factor for BOAS risk. I used the raw data provided by Packer to estimate the relationship between CFR and the degree of nostril stenosis. The figure below shows that the nares ratio across brachycephalic dogs increases with CFR. However, if we zoom in on a restricted interval of CFR values, here 0.1-0.2, the strong relationship disappears – now other factors that can explain the differences in nares ratio you still see at this scale might become more important (e.g. parameters measuring the ‘2nd dimension’ such as the skull index). 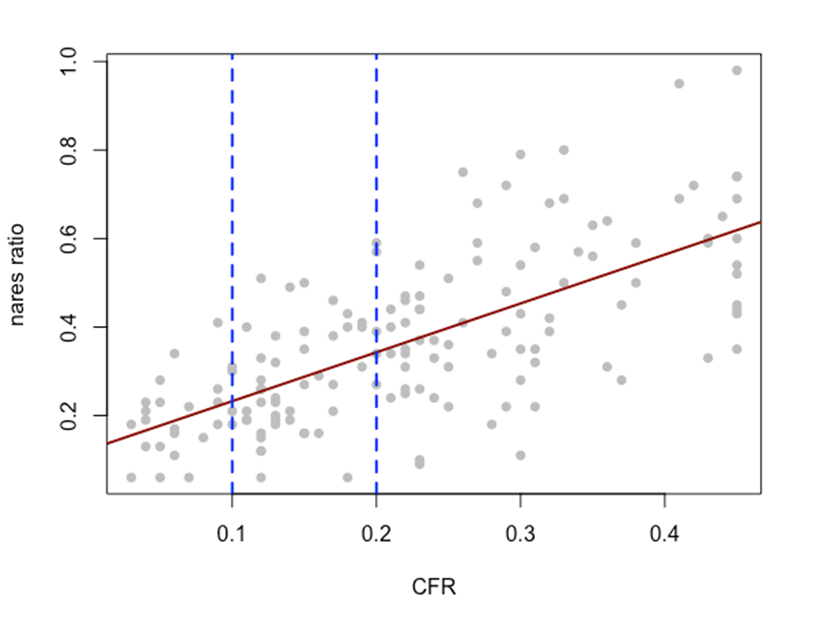 Figure – Over the whole range of relative muzzle lengths in the study population of brachycephalic dogs, the nares ratio increases with CFR. In the small range between 0.1 and 0.2 (dashed blue lines) the correlation is less evident. Raw data from Packer et al. (2015).

Dr. Jane Ladlow, the senior author of the Liu study, stated in a research comment (Ladlow et al. 2018) that “the amount of variance in BOAS severity that can be connected to conformation is disappointing, probably as the phenotypic variation in appearance is limited in these breeds.” She also acknowledges in this comment that “outbreeding of brachycephalic breeds to longer-nosed dogs offer another possibility to rapidly alter these breeds, but would have to be done on a large scale to change breeds rapidly and is not acceptable to many current owners.” A dissertation from Germany comparing standard and retro pugs (small sample size) in a fitness test provides some initial support that the latter are indeed doing better (Martin 2012).

Another finding from the Liu study that is sometimes brought up in discussions regarding the usefulness of measuring CFR for breeding selection in extremely brachycephalic dogs is the low inter-observer reproducibility of this measure (at least for two of the breeds studied). I would like to outline two thoughts regarding this issue. First, it is easy to imagine that it is difficult to measure CFR differences exactly in a population that shows little variability, but this doesn’t invalidate the potential usefulness of the measure when comparing at a different scale, e.g. standard dogs to more moderate or outcrossed ones. Second, the authors describe that one reason for the low inter-observer reproducibility was the loose skin (skin folds such as nose ropes or facial wrinkles) typically present in these breeds, suggesting that the measure might be more replicable in more moderate dogs.

We need to be careful when extrapolating a study’s results to outside its study population. The relative importance of explanatory factors can change with the study scale.