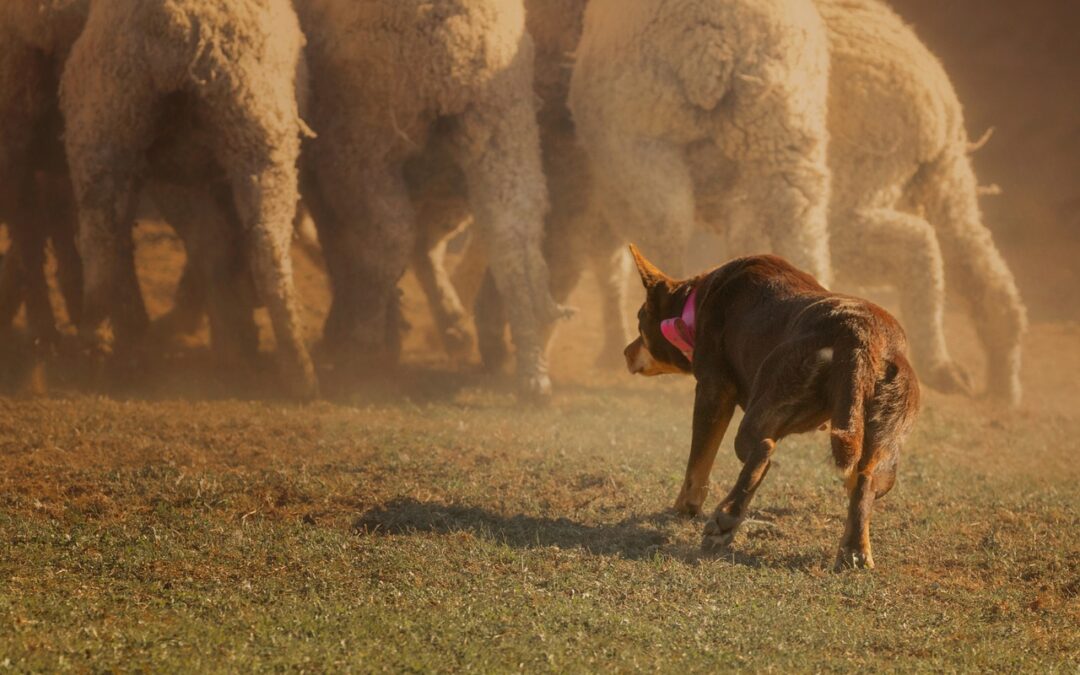 This study compared DNA from two breeds, derived from common founder stock but selected for different purposes, to determine whether the genetics underlying desirable behavior traits could be identified.

Breeding programs that select for specific traits result in a loss of variation in the areas of the genome that influence those traits.  Animals possessing the desired trait, and therefore the particular genetic profile supporting that trait, are preferentially used for breeding.  The term selective sweep is used to describe this loss of DNA sequence variation in regions of the genome under selection pressure.

This study of Australian Kelpies compared the genetics of two breeds that formed following a breed “split” into working and non-working strains.  Both breeds trace back to a common ancestral origin.  The working strain of Kelpies, registered with the Working Kelpie Council, is selected intensively for its ability to work livestock in an often harsh, demanding environment.  The non-working strain, registered with the Australian National Kennel Council, is selected primarily for conformation and companionship, typically in an urban setting.

The region on chromosome 3 that was identified in the working Kelpies includes a gene (HOMER1) that is associated with fear memory formation and pain perception in mice.

The major identified sweep locus on chromosome 8 in the non-working Kelpies contains genes that relate to both behavior and morphology but none stood out to investigators as an obvious candidate for selection. One gene, just outside the swept region, has been linked with hyperactivity in the mouse. The other sweep locus in the non-working dogs, on chromosome 30, contains genes related to morphology rather than behavior.

The areas where working stock dogs are employed in Australia have many environmental hazards.  The often harsh conditions and risk for traumatic injury experienced by working Kelpies in Australia mean that a dog that can overcome pain, remain focused and continue to work, is an asset; dogs that are resilient have an enhanced chance of success under these circumstances.  The finding that selection in the working group has focused on genes related to pain perception and fear memory formation suggests that these genes may underpin the resilience favored by stock dog breeders.

Kelpies sharing the same ancestral origin as the working dogs but selected for different purposes (conformation & companionship rather than stock work) did not show selection pressure at this gene locus. The non-working Kelpies appear to have been selected primarily for traits related to morphology rather than behavior.

This study revealed selection at a gene locus associated with pain perception and fear memory formation in working stock dogs.  This locus may underlie the observed resilience that enables working stock dogs to effectively work in harsh environmental conditions.