Associations Between Sterilization Status and Lifespan & Cause of Death 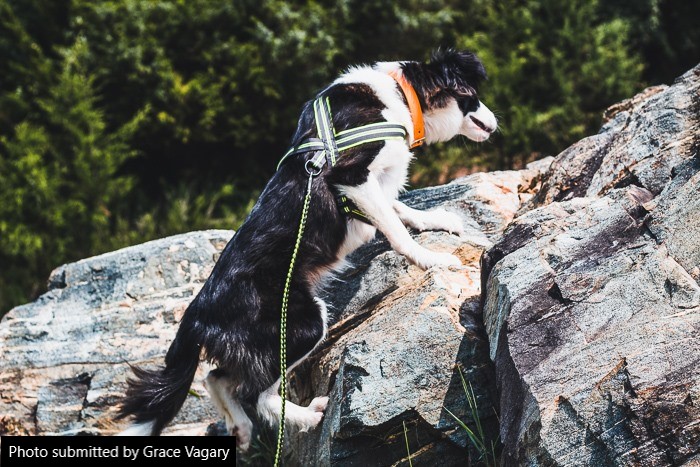 Hoffman, et al. “Reproductive capability is associated with lifespan and cause of death in companion dogs”. Plos One (2013): 8: e61082.

This study investigates the effect of reproductive capability (intact vs sterilized status) on lifespan and the distribution of causes of death in dogs.

Lifespan in the outcome of the differential risks of a myriad of possible causes of death. While life history theory suggests that reproduction carries a potential survival cost, we actually know little about how reproductive capability affects lifespan and the risk of dying of specific causes of death. Because elective sterilization (spay-neuter) surgery is commonly performed in pet dogs, they provide an excellent model to investigate this topic. The authors studied the effect of surgical sterilization on lifespan and cause of death in a large sample of domestic dogs. They controlled for age in their analyses, which is important, because a longer lifespan might lead to a higher risk of dying of diseases that strike at a later age.

The authors performed survival analyses on lifespan and cause of death data of over 40,000 dogs stored in the Veterinary Medical Database (VMDB), which contains the medical records for dogs that died at North American teaching hospitals. They accounted for age at death and size in their causes of death analyses, and they looked at the most frequently encountered breeds separately to investigate the generality of the patterns observed.

Lifespan: Sterilization increased lifespan in both sexes: by 26.3% in females and 13.8% in males.

Cause of death: Sterilization led to different changes in mortality risk dependent on pathophysiological processes. Sterilization decreased the risk for dying of infectious disease, trauma, vascular disease, and degenerative disease, but it increased the risk for dying of neoplasia (cancer) and immune-mediated disease (bold print emphasizes large effect sizes). Surprisingly, despite different endocrinological consequences of sterilization in females and males, the direction and magnitude of the effects was similar for both sexes. The patterns identified also largely held for different age and size classes, as well as in the within-breed analyses. With respect to cancer, 4 of the 8 most commonly diagnosed cancers had a significantly higher frequency in sterilized dogs (transitional cell carcinoma, osteosarcoma, lymphoma and mast cell tumors). Only mammary cancer was significantly more common in intact dogs. In contrast, for infectious diseases, 4 of the 5 most commonly diagnosed ones had a significantly lower frequency in sterilized dogs (intestinal parasites, canine distemper, heartworm and parvovirus).

The lifespan advantage of sterilized dogs has been documented in several studies. However, the size of the lifespan gap varies substantially among studies: the one documented in this study is comparatively large. The lifespan advantage is typically larger for females, and even absent in males in some studies. All causes of death were included, with intact dogs being much more likely to die of traumatic processes such as accidents. These are extrinsic causes of death, which arguably do not contribute to an intrinsic risk of death due to the physiological consequences of sterilization. Sterilization likely affects the risk of traumatic death via its effect on reproductive behaviors such as roaming.

Additional to the (near) absence of gonadal hormones in sterilized animals, many factors could contribute to the observed shift in lifespan and causes of death, such as effects on growth, development and down-stream effects on the HPA (Hypothalamic-pituitary-adrenal axis related to stress physiology). The higher cancer risk in sterilized dogs might be associated with them growing taller than their intact counterparts if altered before puberty, due to the delayed closure of growth plates. Growth is a known risk factor for a number of cancers, such as osteosarcoma. The lower risk of sterilized dogs to succumb to infectious diseases could be linked to the immune-modulating effects of testosterone and progesterone, but it could also be an indirect result of a decreased risk of exposure due to changes in behavior (e.g. less roaming and fighting), or a combination of both processes.

Because this is a retrospective study, several potential confounding factors have to be considered. Dogs dying at a teaching hospital are likely not representative of the general dog population. More serious or complicated cases are typically referred to university hospitals, and the socioeconomic status of owners is likely comparatively high. Treating reproductive status as a time-invariant variable might bias the estimated lifespan gap between sterilized and intact dogs, because dogs sterilized later in life contribute to the sterilized population, despite having experienced hormone exposure for a varying number of years. This effect will be dependent on the rate of increase in the proportion of sterilized dogs with time. Still, the patterns found for causes of death of sterilized vs. intact dogs are consistent across age, including in early age classes with limited gonadal hormone exposure. Parity and reproductive history of female dogs were also unknown variables in this study. However, if the two groups partially overlapped with respect to reproductive experience that would minimize the differences between them and lead to an underestimation, rather than overestimation, of the effects identified. Again, the major effects of sterilization on causes of death were already evident in early age classes, when presumably, few dogs were reproductively active.

This retrospective study documents a relatively large lifespan advantage of sterilized vs. intact dogs and identifies differences in the cause of death distribution of both groups, with consistent patterns over size and age classes. Analyses of more representative dog populations with the inclusion of age at sterilization as a factor will be needed to more accurately quantify the association between reproductive capability, lifespan, and causes of death in dogs.