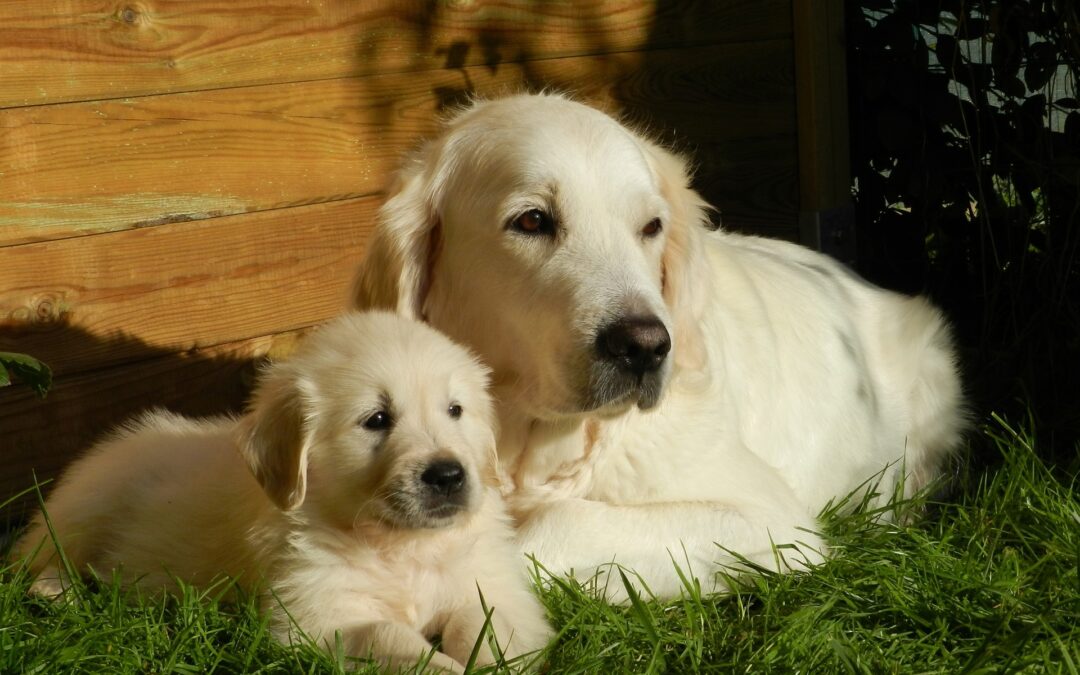 This study investigates evidence for inbreeding depression in lifespan in dogs at three scales: comparing mixed breed and purebred dogs, across dog breeds, and within one dog breed. It also accounts for the strong effect of body size on lifespan in dogs.

Inbreeding depression is a major conservation concern, especially in small, closed populations. It has been shown to affect several fitness components such as fertility, juvenile mortality and lifespan. Inbreeding leads to increased homozygosity, and hence to an increased risk of recessive deleterious alleles meeting each other and the occurrence of overdominance, where the heterozygote has a fitness advantage over the homozygote. Modern dog breeds could be called poster populations for a high risk of inbreeding depression, since they are closed, and many are rather small. This makes dogs an excellent model to study possible effects of inbreeding on fitness traits, such as lifespan. Because body size is a well-known, major determinant of lifespan in dogs, it is important to control for its effect (see also Why Large Dogs Die Young).

Breed formation in dogs has been in general accompanied by a substantial reduction in population size, which in turn is often linked to a loss of genetic diversity due to genetic drift (i. e. changes in allele frequencies due to chance). Common breeding practices such as using only a small proportion of the actual population for breeding and the overuse of popular sires have the potential to erode genetic diversity even further. Dogs vary a lot in their level of inbreeding, which allows researchers to investigate the association between inbreeding and lifespan at different scales. The authors compared 1) lifespan and mortality patterns of mixed breed and purebred dogs, 2) lifespan across breeds with differing average inbreeding levels, and 3) lifespan of dogs with differing levels of inbreeding within one breed (Golden Retrievers).

The authors used lifespan data for a large number of mixed breed and purebred dogs based on two sources (teaching hospitals and breed surveys) to estimate adult life expectancy and construct mortality curves. As measures of inbreeding for the across-breed analysis, genetically based coefficients of inbreeding (COIs) were calculated for 117 breeds. To augment the number of dog breeds in the analyses, additional data on median heterozygosity data from MyDogDNA was integrated. Additionally to genome-wide COIs, Y-chromosome haplotype diversity and mitochondrial haplotype diversity was calculated as a measure of inbreeding in the male and female line, respectively. Nucleotide diversity at major histocompatibility (MHC) loci was calculated to estimate diversity in a rapidly evolving region that has been linked to immunological fitness. For the within-breed analysis, individual lifespans and pedigree-based COIs were extracted for 9791 Golden Retrievers from an open pedigree database (K9data.com).

Mixed breed versus purebred analysis: For a given body size category, mixed breed dogs lived on average 1.2 years longer than purebred ones. Body size and purebred/mixed breed status together explained 95% of the variance in mean adult life expectancy, and mixed breed/purebred status alone 46%. The demographic mechanism by which inbreeding at this level affected lifespan differed between size and mixed breed/purebred status. While larger dogs die younger mainly because they have a higher rate of aging, purebred dogs not only have an increased aging rate compared to mixed breed dogs, but they also have an increased age-independent mortality rate, which means that at any age their mortality risk is higher than that of mixed breed dogs of the same size (a vertical upwards shift in the mortality curve).

Across breeds analysis:  In contrast to expectations, higher genetic COIs were not significantly associated with lower adult life expectancy across breeds after body size was accounted for. The genetic COI was slightly, positively correlated with body size across breeds, but not with annual registration numbers (as a proxy for population size). All metrics of inbreeding were significantly correlated with each other, and larger breeds showed higher levels of inbreeding for all metrics except Y-chromosome haplotype diversity.

While size was confirmed as the strongest known determinant of lifespan in the domestic dog (at least across breeds), the analyses also detected evidence for inbreeding depression affecting lifespan, albeit not at all investigated scales. There was strong support for a lifespan advantage of mixed breeds dogs, and also for a negative effect of inbreeding on lifespan within a breed, but not at the across-breed scale. This might be due to different mechanisms being at work at different scales, but data quality issues and high statistical noise also might play a role.

As previous studies have reported, mixed breed dogs live longer on average than purebred dogs for a given body size. The estimated mixed breed / purebred gap of 1.2 years based on North American teaching hospital data matched exactly that found in a British study based on data from primary veterinary practices. This finding is consistent with expectations based on population genetics theory. Indeed, a large-scale study documented that while mixed breed dogs are more likely to be heterozygous for disease linked recessive mutations (“carriers”), purebred dogs are more often homozygous (“affected”). As a bottom line this supports the practice of outcrossing to improve health and fitness in purebred dogs.

The lack of a statistically significant negative relationship between inbreeding level and lifespan when controlling for size was unexpected. One possible explanation discussed in the study is that the effect of inbreeding on lifespan is, on the one hand, mainly due to an increased genetic load caused by bottlenecks during breed formation, and on the other hand manifest in more recent inbreeding, with breeds exhibiting a relatively similar degree of inbreeding depression. This idea is consistent with a study that found that bottlenecks during domestication and breed formation rather than further inbreeding of established breeds explain the increased genetic load in dogs compared to wolves. Alternatively, our data might be not good enough to capture the effect of inbreeding on lifespan across breeds. We still lack high quality lifespan data, and this might mask the expected effect due to bias and/or high statistical noise.

Outbred Golden Retrievers lived slightly longer than more inbred ones (< vs. > 2% pedigree-COI). The statistical model estimated the effect as a loss of about 0.9 months per 1% increase in COI. Pedigree-COI is usually lower than genetic COI, and due to chance events during reproduction, it can differ substantially from the actual amount of shared genetic material due to common descent. Genetic COI might be a better predictor of lifespan than pedigree-COI, but data to test this idea are currently lacking.

While larger breeds tended to be more inbred, this could not explain the fact that larger breeds have a lower lifespan. The fact that size was more strongly correlated with inbreeding level in the female than the male line might be due to large litters in large breeds. Hence, it seems important to consider female as well as male effective population size (the reproductive part of the population) when making breeding decisions to avoid loss of genetic diversity.