Heritability of Behavior in Service Dogs 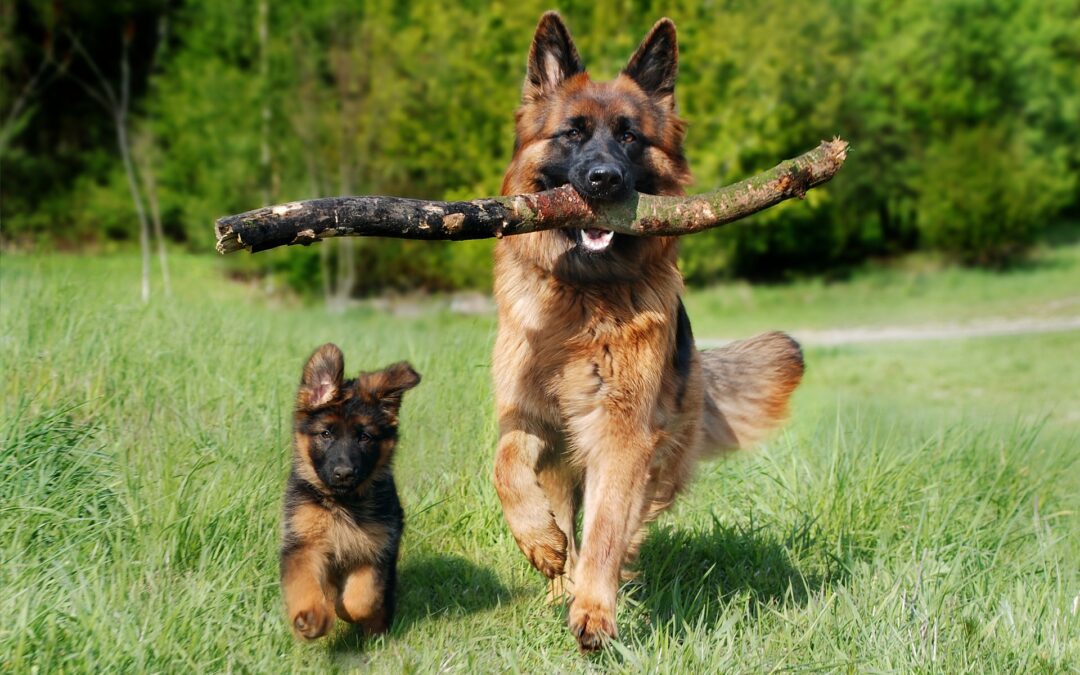 Wilsson, E. and P.E. Sundgren. “The use of a behaviour test for selection of dogs for service and breeding. II. Heritability for tested parameters and effect of selection based on service dog characteristics.” Applied Animal Behavioral Science 54 (1997): 235-241.

With clarifying information from Wilsson, E. and P.E. Sundgren. “The use of a behaviour test for selection of dogs for service and breeding. I. Method of testing and evaluating test results in the adult dog, demands on different kinds of service dogs, sex and breed differences.” Applied Animal Behavioral Science 53 (1997): 279-295.

This study aimed to uncover if the variation in tested behavioral characteristics between dogs was heritable. Another goal was to determine if a structured breeding program focused on enhancing working characteristics had any effect on the level of heritability of desired characteristics for service dogs.

For this study, researchers tested 1310 German Shepherds (GSDs) and 797 Labrador Retrievers (Labs) for behavioral traits that are desirable in service dogs. Of these dogs, 1002 GSDs and 467 Labs were purpose bred to be service dogs while the rest were purchased from private breeders at 8 weeks of age. All dogs were placed in private homes at 8 weeks and the behavioral test was administered at 450-600 days of age. The characteristics evaluated were courage, sharpness (tendency to react aggressively), defense drive, prey drive, nerve stability (appropriateness of reactions), temperament (energy level), hardness (tendency to recover from a stimulating experience – positive or negative), affability (willingness to make contact with people), and the ability to cooperate.

These characteristics were also clustered into four factors: 1) mental stability (courage, nerve stability, hardness) 2) willingness to please (temperament and ability to cooperate) 3) sharpness and defense drive 4) affability. Prey drive did not contribute to any of these predictive factors.

The study also compared the levels of the 9 evaluated characteristic scores between male GSDs in a selective breeding program versus those from private breeders. There was a significant difference in scores between groups for all factors except sharpness.

A note of caution regarding the reported results of this paper: although there were differences in heritability values of characteristics between males and females, notably in Labs, those differences were not addressed by the researchers. Additionally, the behavioral testing data upon which this study is based consists of one test per dog. There is no discussion of whether a dog’s reaction to the tested factors might change with age or repetition.