The Relationship Between Maternal Care and Puppy Behavior 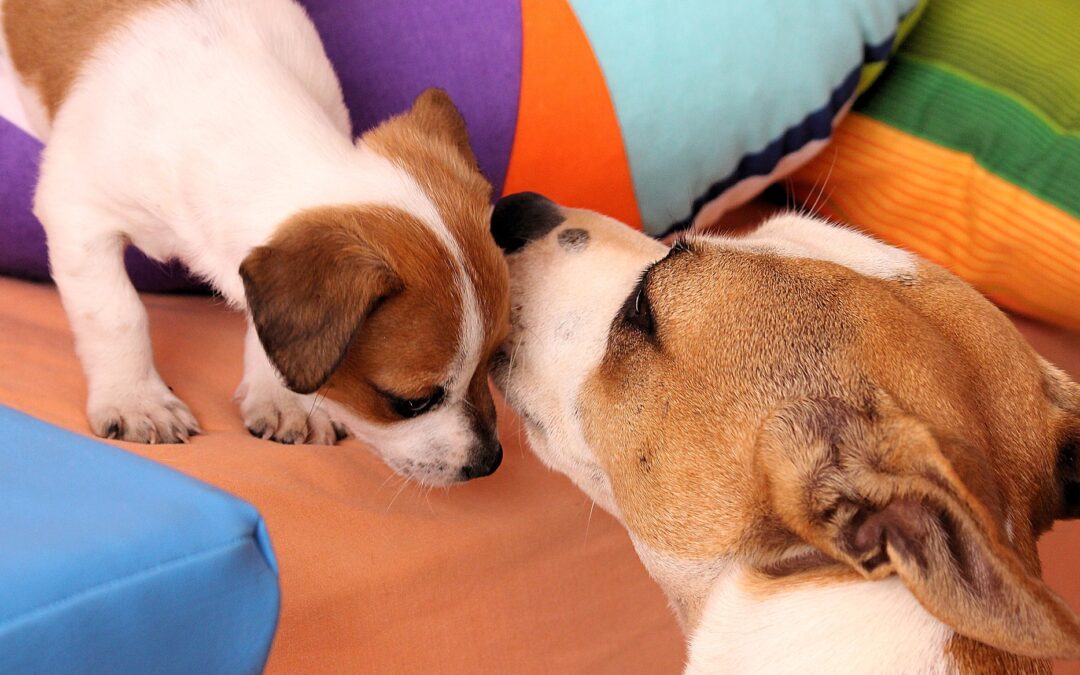 This study describes a relationship between the amount of maternal care and the behavior of 8 week old puppies.

Researchers observed eight litters of Beagle puppies (a total of 54 puppies). They ensured that as many factors as possible were kept the same, including the living environment of the mother and puppies and how much human interaction they received. They closely observed morning maternal care behaviors during the first three weeks postpartum. These observations were carefully standardized and recorded on video. Behaviors observed included mother-puppy physical contact, licking, and nursing, among others. Each puppy’s behaviors were recorded individually.

Later, when the puppies were 58-60 days old, they were evaluated using two behavioral tests. The behavioral tests were also carefully standardized; each puppy was tested in the same environment using the same test. The tests were recorded so the researchers could ensure that the observations were accurate. The first test (the “arena test”) included interacting in a new environment with new people and a variety of new puppy toys. For the second test (the “isolation test”), researchers filmed the puppies alone in an isolated area for 3 minutes. They observed how the puppies responded to being isolated for the first time.

After analyzing the data from the study, researchers found that the quantity of morning maternal care has an important influence on the future behavior of young puppies. In the isolation test, puppies who received more maternal care (including nursing, licking, and physical contact between mother and puppy) were more likely to explore and showed reduced signs of stress. Puppies who received less maternal care were more distressed when isolated and more likely to whine or yelp.

The results from the isolation test agree with similar studies on puppies, adult dogs, rodents, humans, and other animals. Interestingly, during the arena test, no strong correlation was found between maternal care and puppy behavior. From this study, it appears that parental care has a strong influence on the puppy’s ability to be alone with a reduced amount of distress. Interacting with novel people and objects was not strongly influenced by maternal care.

The authors suggest that “a good level of maternal care is highly recommended as it has a big influence on the capacity of puppies to deal with stress and it leads to individuals that can better adapt to new environmental conditions.” Although this study does not prove that maternal care directly impacts puppy behavior when isolated, it aligns closely with studies done in other animals, suggesting a true relationship.